OLED Devices
This is some text inside of a div block.

A product landing page to introduce Ascend and showcase the custom design of this modern desk lamp. 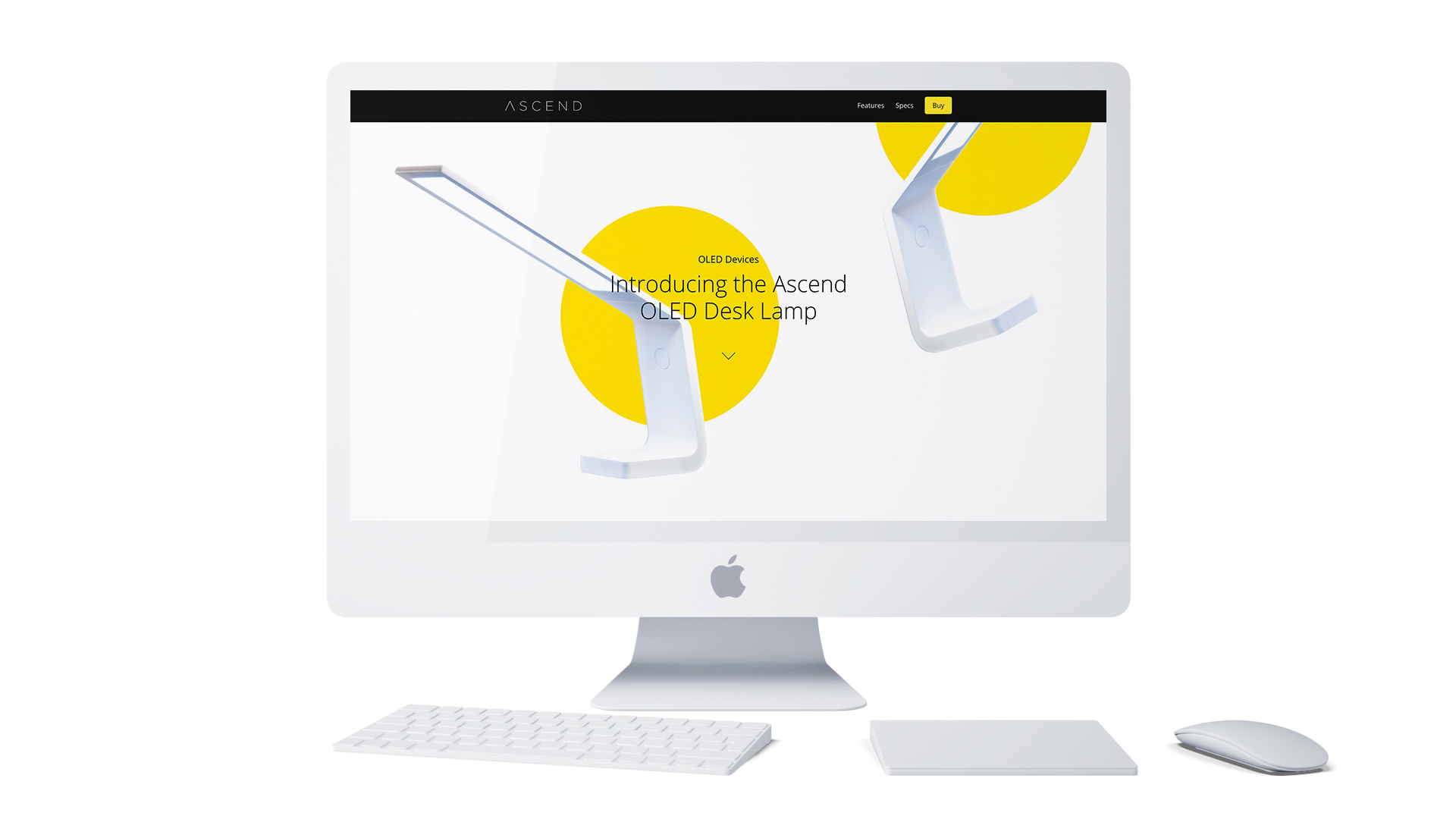 Ascend is a new OLED desk lamp that uses cutting-edge OLED lighting technology to reduce glare and provide a uniform, well-lit environment. We worked with OLED Devices to create a website that would showcase this revolutionary technology and lead users to its Amazon page.

A new wordmark to introduce a revolutionary product

The Ascend logo was a core component of the new site and helped OLED Devices introduce its new product to users. The wordmark required a modern typographic treatment that reflected the name and style of the new lamp. The "A" was used as a key element to be seen as an arrow pointing up to symbolize upward movement, or ascension.

Rather than build out a costly e-commerce site, we helped OLED Devices create an account in Amazon Seller Central to sell the new OLED lamps directly on Amazon. Then we implemented a buy button linked to the Amazon page and tracked that link using Google Analytics.

Made to work on every device

According to our analytics, nearly half of the users are visiting the site on either their mobile phone or tablet. That is why we designed and developed the site to be accessible on every visitor's device. Each section is built to respond to the browser's width in order to maintain legibility, structure and hierarchy.

We integrated Google Analytics to record all website data for OLED Devices to record and better understand user behavior. We took this a step further by adding custom code that tracks unique user interactions with the buy button that can be tracked independently from a web page or a screen load. This helps OLED Devices measure the success of the site by seeing the number of visitors who click to buy the device versus the total number of page visits.

Ready to discuss your project with us?